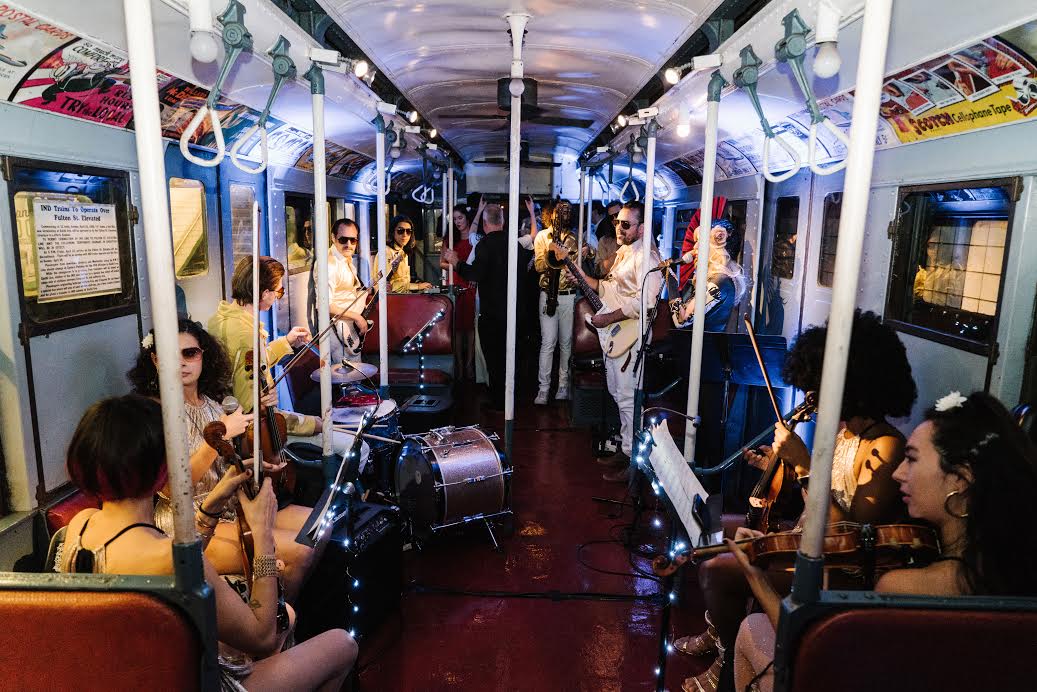 If you’ve been in New York long enough, you might have seen a vintage subway car groovin along the subway lines. For special occasions and holidays, The New York City Transit Museum will host rides on some of their vintage cars.

For this particular occasion, Chase Bank sponsored an event for a special ride around the city featuring different eras of New York City. Originally, I was pitching other artists, but then realized; I needed to put together a disco car.

This was probably one of the most difficult technical executions I’ve had to do. There is no power on the vintage trains, you surely cannot bring a gas generator onboard and it’s a restrictive space. To put a full band together under these circumstances was no easy task. 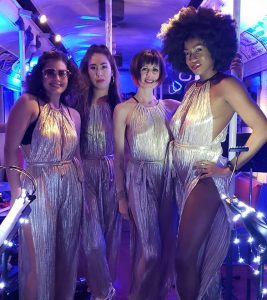 My friend Alon and I also styled the whole band -white pants and gold shirts for the men, gold dresses & jumpsuits for the ladies. I love it when there is a whole dress concept, I think it really ties the band together.

I pulled together some friends and colleagues to create “The Funk Car.” I was the host, Dirty Dawn for the evening and it was a blast. I had no idea the car would be so bumpy or loud and I’m pretty surprised none of us got hurt. I think the best part – was seeing people waiting for a train watching us go by, they had no idea what to think!

Check out this teaser video to get a vibe for the night!