A Class Act with Frank Ocean at The Met Gala

Fashions biggest night touches down every year at the Metropolitan Museum of Art for the highly anticipated Met Gala. Run by Vogue’s very own Anna Wintour, the event is for everyone who is anyone.

In 2014, Adriana was asked to perform along side Frank Ocean in a secret performance for the Met Gala. With an all female orchestra behind him, Frank Ocean brought his songs to glamorous new heights. 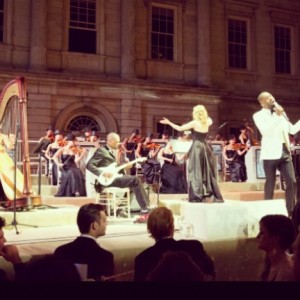 The Charles James Orchestra with Frank Ocean at the Met Gala

The musicians were impeccable styled with top hats and long flowing black gowns. The orchestra was featured in Vogue’s coverage of the festivities, which you can read here. 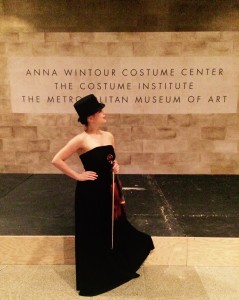 Adriana getting ready to perform at The Met Gala