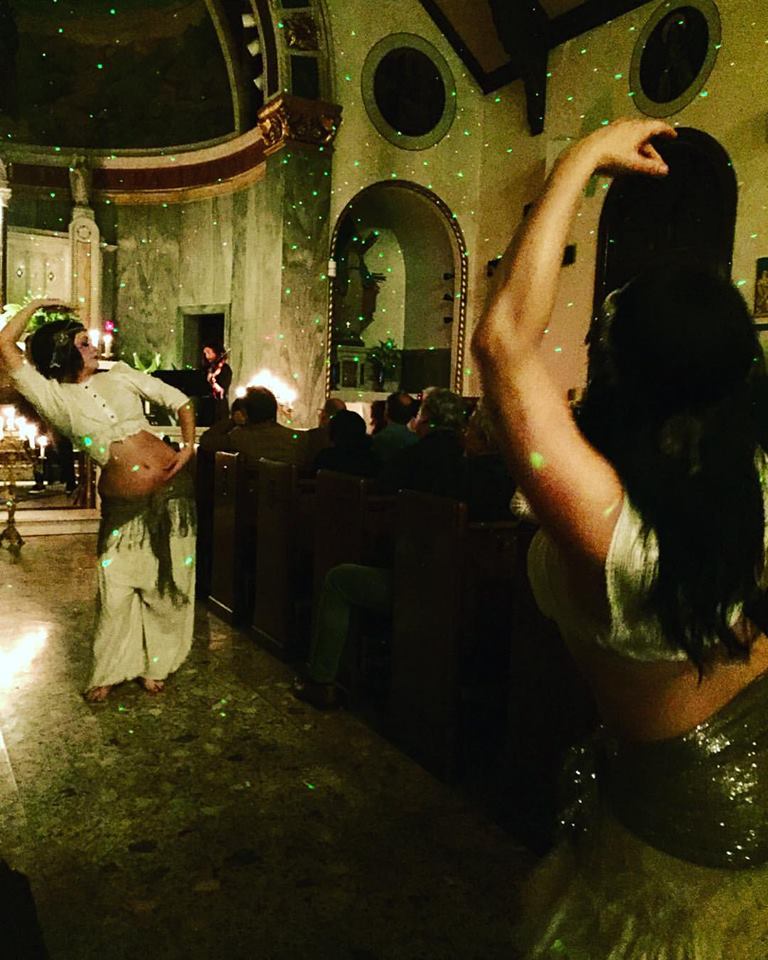 “Baroque” literally means irregular pearl, and is different than all other forms of classical music. After six hundred years of art created for intellect, the Baroque period made art for the senses. Between 1600 – 1750 philosophers and composers began to believe that music, mathematics and science all possessed cosmic relationships.

It often disappoints me that classical music is often seen as stuffy or intellectual. So much so, that I decided to produce my first music event to create a different kind of classical music experience. I wanted to invoke a party like atmosphere and focus on Baroque music inspired by the Cosmos. Thus creating –

At the center of the evening a small baroque ensemble performed works by Marin Marais, Castello & Vivaldi with two dancers intermingled in the audience . Takuya Nakamura worked on music for Harpsichord and electronics and performed with acrobat Kelsey Strauch using circular rings. Astrologer Leslie Galbraith gave a lecture on how the stars were aligned during the baroque period and the San Damiano Friars graciously bartended.

Hopefully, it was a Cosmic experience for everyone involved. You can read this great little blog post by 19th Century Ghosts too.

Thank you to Atlas Obscura & The San Damiano Mission for helping me put on this event!