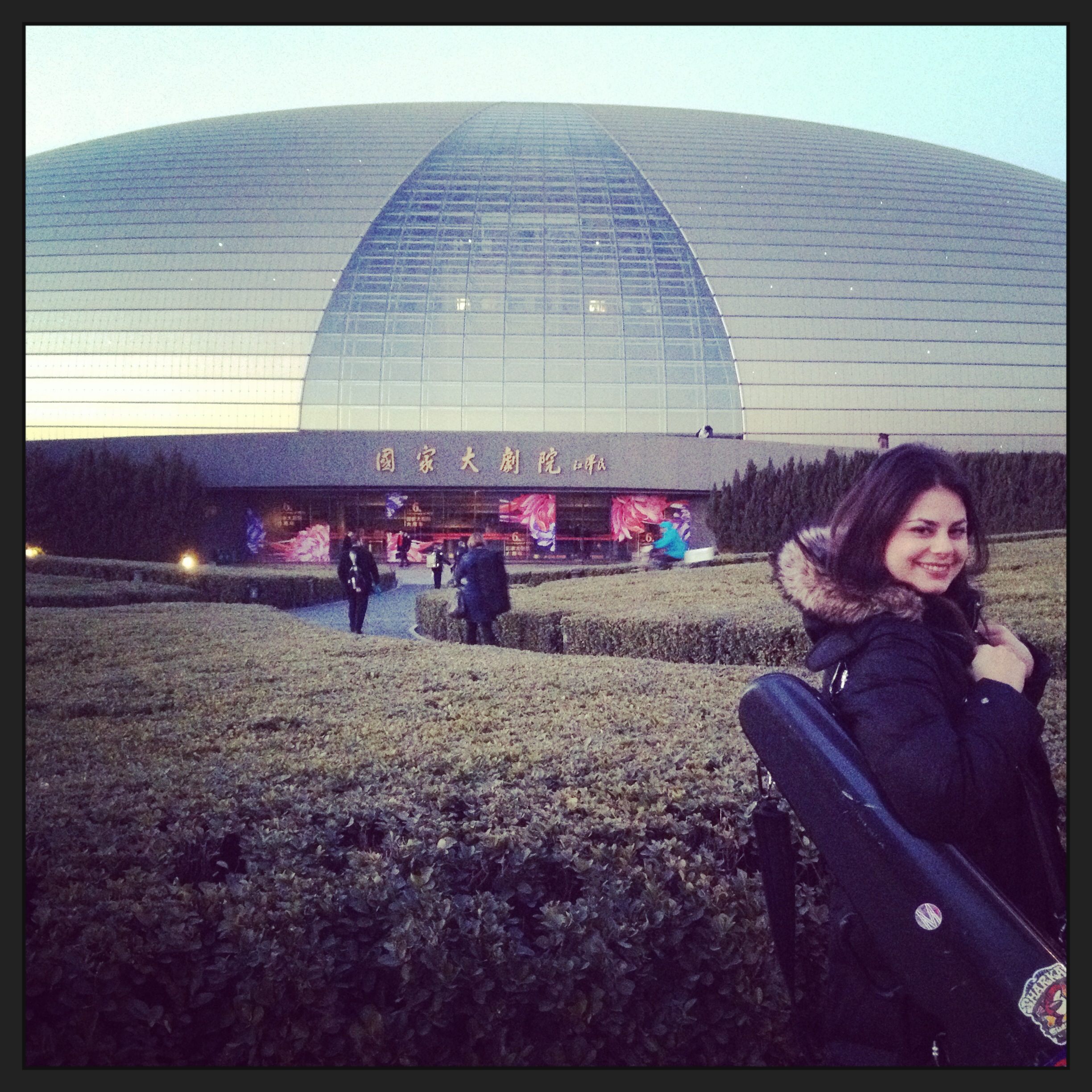 By Adriana Molello / 19 Mar 2014 / No Comments
Getting ready to Perform at Beijing's National Center for the Performing Arts.

This year for the holidays I headed east to China with The American Hollywood Film Orchestra. It was a whirlwind tour of 16 shows in 15 different cities. From Beijing, to Chengdu and Inner Mongolia, we covered a lot of ground.

Not only was this my first time in Asia, it was my first time on tour with a full forty piece orchestra. The LA Times published a fairly accurate article about our tour and was able to shed some light on the different facets that it encompassed. 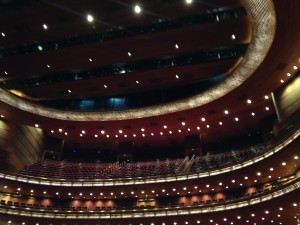 Inside the Beijing Performing Arts Center

One of the most extraordinary things about being a musician is traveling to places that most people don’t get to see. Performing in China’s “little” cities and towns was a rare understanding of what it’s really like living in China. I was told that The PRC was going to be a different world, and it far exceeded that expectation. 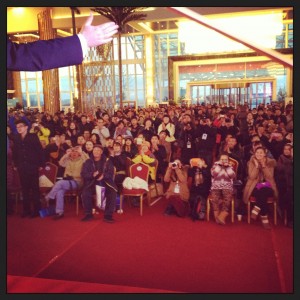 Finishing our first show in Yantai.

It still amazes me that I got to travel across the world and play music. I’ve never felt so much gratitude after concerts, it was wonderful. We may not have been performing the most “serious” music, but I think putting on an entertaining show for two hours was just as important.

Here are some of my pictures from China.

← Adriana’s addition to the Youtube Audio Library
The violinist’s touch, with Bastille on SNL →